We are excited to announce the arrival of four female Ring-tailed Lemurs to the Zoo!

The Lemurs have arrived from Hamilton Zoo and are currently behind the scenes completing their quarantine and will move in to their newly redeveloped habitat in the Zoo soon. 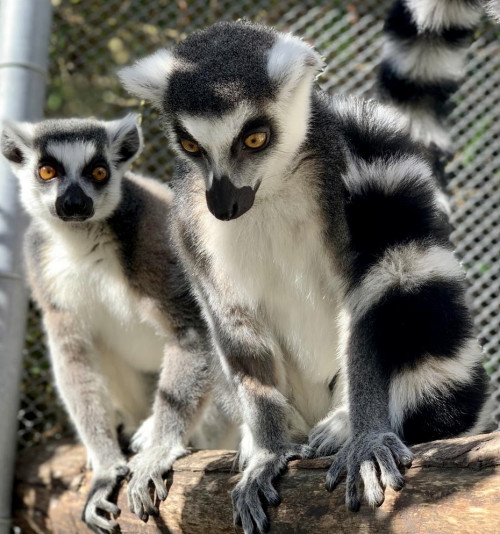 Ring-tailed Lemurs have arrived at the Zoo

Initially we will hold an all-female troop with plans for them to be part of the regional breeding programme. Ring-tailed lemurs are a matriarchal mammal species, so ensuring the four females bond and build a cohesive community is crucial before we introduce them to males.

The four Ring-tailed Lemurs, Felana, Volana, Ravioli and Mawusi will remain in their house while work is still being completed on their habitat. 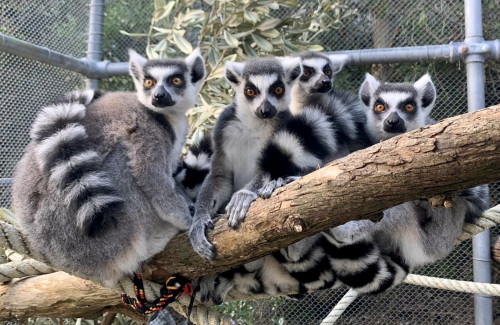 We’ve spent a long time designing the new Ring-tailed Lemur habitat and ensuring that the space is fit-for-purpose for these animals. We will keep our Zoo community up to date as to when the Lemurs will be visible to visitors, which we hope will be very soon!

Ring-tailed Lemurs are a well-known and eye-catching species for many visitors. Ring-tailed Lemurs are fantastic ambassadors for other Lemur species in Madagascar and we’re very excited for visitors to learn all about these charismatic animals and how they can help to protect their natural habitat.

Like most Lemur species, the Ring-tailed Lemur are listed as Endangered on the IUCN Red List, with their population continuing to decline due to deforestation and hunting in Madagascar. Wellington Zoo supports the Madagascar Fauna and Flora Group to save threatened wildlife in Madagascar, including critically endangered Black and White Ruffed Lemurs and endangered Ring-tailed Lemurs.

There are over 100 different species of Lemurs which are all found in Madagascar, including the Ring-tailed Lemur.

Ring-tailed Lemurs are highly social primates and live in large groups run by a matriarch. They have several different calls that they use for communication, including an infant purr, a meow, a bark and even a howl.

Ring-tailed Lemurs get their name from their impressively long and fluffy tails. Their tails help them to keep their balance when they are running or jumping, and they can act as a flag to keep a group together.

Responsible pet ownership is about all animals