My name is Maxine Jenkins and I’m the Team leader of Carnivores at Wellington Zoo. I’m here in North-East Colombia with support from the Wellington Zoo Conservation Fund to work with one of our conservation partners, Proyecto Tití. 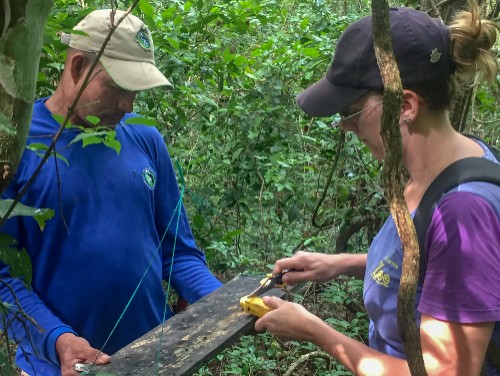 Maxine cutting banana for one of the feeding tables that sits within the treetops in the Los Colorados National Reserve. This is the start of a habituation process to study new groups of Cotton-Top Tamarins.

I’ve had a busy first week in Colombia, checking out some of the initiatives Proyecto Tití have in place in the local communities to help preserve not only Cotton-Top Tamarins but the habitat they live in, along with countless other species. Colombia is the second most biodiverse country after Brazil and while it’s one-seventh of Brazil’s size, Columbia is the densest in terms of biomass.

After landing in Barranquilla, I made my way to the first field site at El Ceibal. This area is privately owned as a cattle ranch but 400 hectares of the 1000 total hectares is either virgin, untouched forest or farmland that has been left to regenerate back as a forest for the last 50 years. This area is where research on Cotton-Top Tamarin behaviour has been occurring for the past 30 years. The groups in this area are accustomed to being monitored each day. Proyecto Tití monitors up to two different groups per day and they take fecal samples from the different groups. 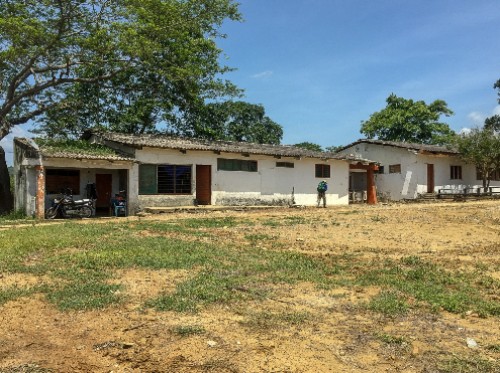 We had an early start on my very first day in the field as we had to get to the forest before the heat becomes too intense. We hiked about an hour through tropical forest that had recently flooded, which is very common for this time of the year. Our guide Jeisson carried most of the gear while Biologist, Soto showed me various food trees that the Tamarins rely on as well as various flora and fauna. I only know a few Spanish words while he only knew a few in English but this didn't stop the teaching! 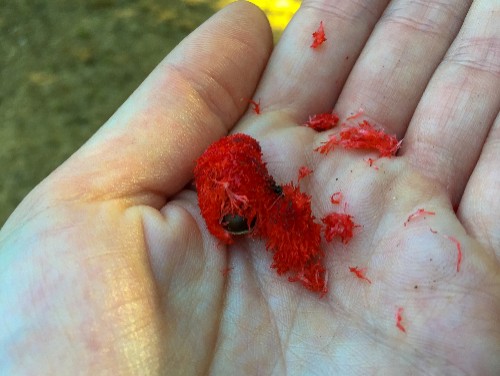 Pinta mono - one of the many fruits that Cotton-Top Tamarins eat. 'Pinta mono' translates to painted monkey, as the Tamarins get the red fibres all over their face

At the start of the forest, we were greeted by a small group of Red Howler monkeys, they seemed amused that I had already managed to fill my gumboots with mud. An hour in and we heard crashing in the treetops above us and a group of White-fronted Capuchins looked less than impressed by our presence. These monkeys are very difficult to see at the best of times and many locals have only seen them a handful of occasions. During this day trip, we also saw Blue and Gold Macaws in this area. 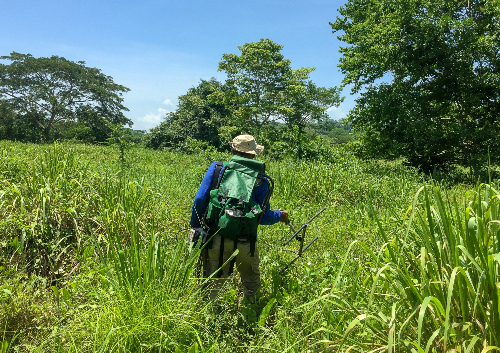 The dominant Cotton-Top Tamarin males of each group in the forest wear a radio transmitter device. Our guide Jeisson sets up the radio transmitter reader and starts looking for signs of Cotton-Top Tamarins in this area. After travelling through a few creeks, we start to leave the old forest and then I hear it. The familiar high pitched chirp and call of Cotton-Top Tamarins. These tiny primates prefer old growth trees for both food and safety. They are predated on by raptors and snakes so they can be tricky to see but then out of the canopy, they start to appear. They come lower to observe us, this is group 24. This group have two four-month-old babies with them, busy playing in the branches. As special as working with Tamarins has been over the years, nothing compares to this moment, watching critically endangered primates in the only tiny area they are found in the world. 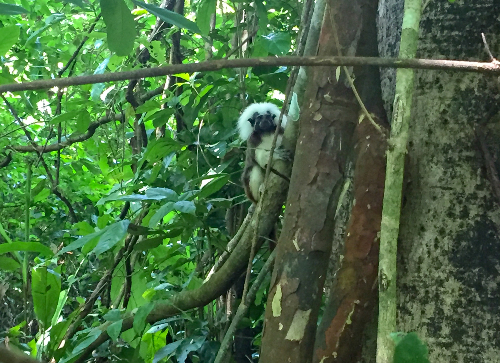 Over the next few days, I added three more Cotton-Top Tamarin groups to my sightings as well as Toucans.

Cotton-Top Tamarins are critically endangered and I’ve seen firsthand one of the pressures affecting this species. Two of the groups that we had spotted, were outside of the forest, pushed out by existing established territories, to small trees in the middle of grasslands. This puts this group at risk not just from predators, as they have to travel on the ground, but from humans trapping them for the pet trade. Group 21 were found in a small group of trees in the middle of a field with babies less than a week old. Watching the number of Black Vultures and Cara Cara in this area, I hope they stay safely hidden.

I spent the rest of the week working with the education team in Luruaco before grabbing a bus to Cartagena and now San Juan where I’ve been helping at the nursery, preparing plants for a restoration project.

For the next part of our my conservation trip, I will be working with Proyecto Tití and learning more about their restoration, education and community initiatives.

Chow, until next time!

Jeff signs off from Tasmania