After being in Taplejung for a week, we’ve now moved on from running transects through the different blocks, and it's now time to begin looking for signs of Red Pandas and checking out new potential habitat.

It’s been snowing again overnight, but the sun has been shining enough, which means we were able to get out nice and early to survey the surrounding areas in pairs. We’ve seen new signs of Red Pandas fairly frequently, including more scat and some footprints in the snow.

After a couple of hours monitoring, my partner Pema gets a phone call from Panja. He's spotted a Red Panda on the other side of the survey site. Panja gives Pema rough directions and we start running up the hill, which just happens to be the biggest hill we'd surveyed… I'm so stoked about that. After about half an hour of climbing/running, we reach the edge of the gully where Panja is waiting for us. We climb down into the gully and Panja points out a middle-aged male Red Panda, high up in the trees having a sleep. He slowly wakes up as we get closer, and looks understandably grumpy. After about 15 minutes of us sitting in awe, we decided to move on. As we leave, the grumpy Panda climbs down from his tree and does the typical ‘Panda wobble’ down the gully. This was a pretty surreal experience, and I'd be lying if I said I wasn't a bit emotional! 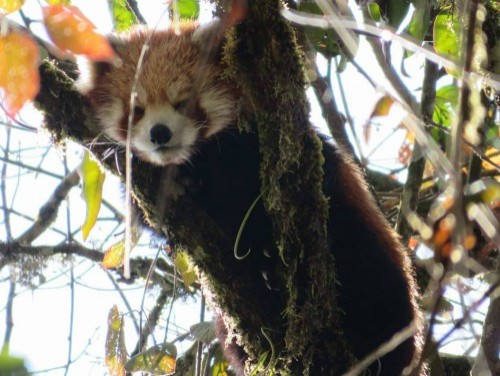 Josh finally spots a Red Panda in the wild!

We continued surveying the surrounding area for another few hours, before spending the rest of the day on a 4-hour hike down (yay, down!) to a homestead in a typical Eastern Nepali village.

The visit to the school was humbling. It was amazing to see so many young people passionate about conservation. I talked with them for just over an hour about why they've joined, and what they hope to gain from the programme. Every single one had the same passion, and for some students it was a way to get them to university. I was able to talk to them about my background at Wellington Zoo, and also what I hoped the future of the Roots and Shoots programme would be like. The one thing that kept coming up was a lack of resources, which was heart-breaking. Before I left the school, the students asked me to thank my boss for creating the programme (they thought my boss was Jane Goodall, which I tried to correct... but the idea of that sounded too cool - sorry Wellington Zoo!) So, Dr Jane Goodall, if you're reading this - you have a lot of very grateful students here in Nepal. Thanks from all of us. 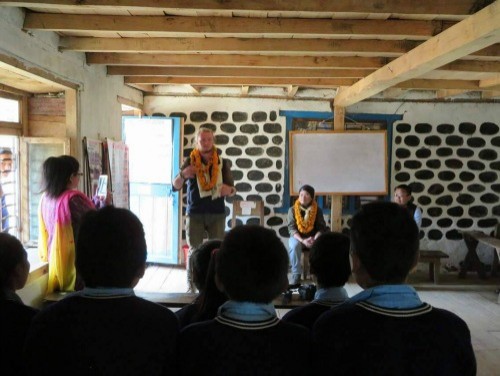 While staying in Yamphudin I had the chance to talk to Gyazo who is back from university for the break. He's been working closely with Red Panda Network and when he's finished studying, Gyazo will surely have job within the organisation. We talked a lot about the decline of Red Pandas, and he showed me a document he's been working on, tracking the poaching of Red Pandas. There's no other source for this, so he's been reading through newspapers, contacting police, and listening to reliable sources from local villagers. Over the last 9 months, 70 Red Panda skins have been seized, but Gyazo estimates the number being poached is almost 5 times that amount. It’s heart-breaking to see those figures all recorded, especially for something that I'd thought previously was trending out.

Before we left Yamphudin, I asked Gyazo about his opinion on the road being built to his town. Although he acknowledges how bad it would be for the surrounding areas, he thinks it is incredibly important. Without a road, his home town and many others are completely cut off from help – especially in the event of an emergency. A road could literally mean life or death for Gyazo’s family in an event like an earthquake. It again highlights the fine line Red Panda Network has to walk to save Red Pandas. 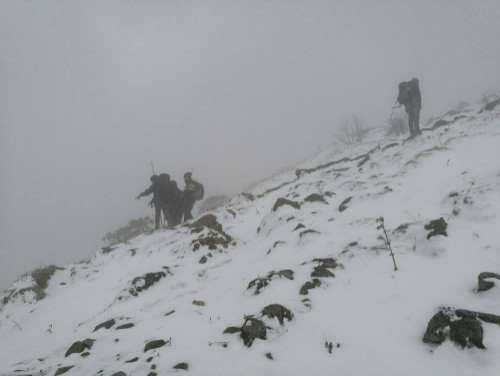 The conditions Josh is working in

The next day we continued our travels to reach the next field site, and this time it was only a 10 hour hike to reach the bus stop ahead of our 5 hour bus ride the following morning. We left at 4am and reached Phidem in time to take part in an event hosted by Red Panda Network, where government officials and organisations talked about the future of Red Panda conservation. Overall, the outcome seemed pretty positive, and they even gave me the chance to talk about the work Wellington Zoo does for conservation.

The following day we travelled 6 hours by jeep, and the following day was another grueling 10-hour hike. Over the course of the day we climbed from 1700m to 4150m. At around 3500m the weather turned and we lost practically all visibility. On the plus side though, we saw some fresh Snow Leopard tracks. That was equally terrifying and amazing! 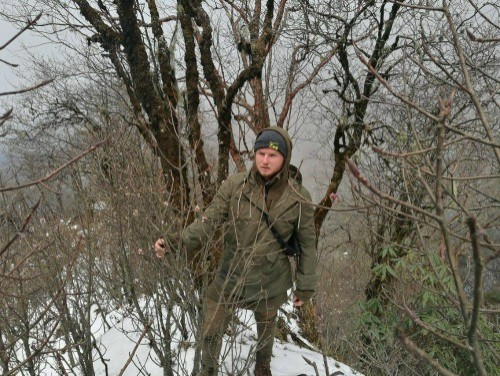 Josh post climb after reaching a vantage point above the fog

After dark we reached our destination, Phalut, which is a small town in India that has pretty much nothing but the hotel we're staying at, and Red Panda habitat as far as the eye can see. Or so I'm told.

It's around -8 degrees currently and the cloud cover is ridiculously thick, so whatever weather Wellington is having seems pretty appealing right now!

Check out the video below of the Red Panda I saw in the wild:

Tākapu at The Nest Te Kōhanga