A nationally endangered Tawaki Fiordland Crested Penguin, named Gari, is heading to Sydney to live at Taronga Zoo, after receiving care and treatment at the Zoo’s Veterinary Hospital, The Nest Te Kōhanga. 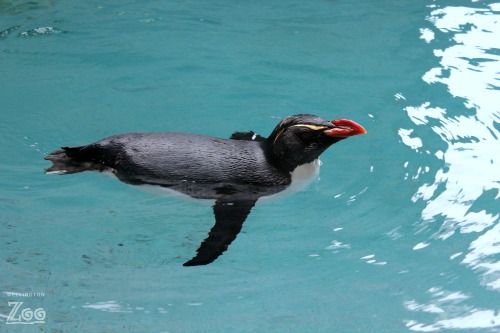 Gari was just a juvenile bird when she was originally found in Hokitika with extensive wounds to her lower abdomen and to her left foot. Gari received care and initial treatment by the Veterinarian team at West Coast Vets Hokitika, and then the West Coast Penguin Trust arranged for her to fly to Wellington to receive further treatment at The Nest Te Kōhanga in December, 2014. 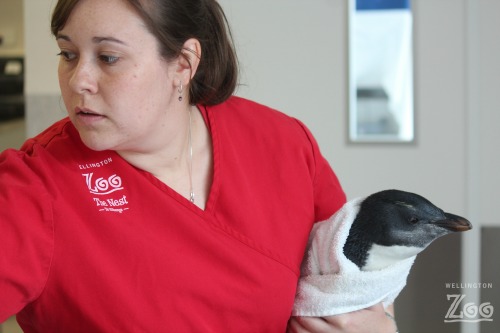 Gari receiving a health check at The Nest Te Kōhanga

When Gari first arrived at The Nest Te Kōhanga, we performed a general health check and multiple surgeries to repair her various wounds. We don’t know how Gari sustained her injuries but due to the severity of the wound around her lower abdomen, her vent has changed shape and location since healing. This means she would likely struggle to produce and lay fertile eggs in the wild.

Birds with these issues have a high chance of fatality due to egg binding, which is when a female bird is unable to pass a fully formed egg. With this concern, Gari would not likely be able to survive in the wild, which is why she will remain in human care at Taronga Zoo, with two other rescued Fiordland Crested Penguins. 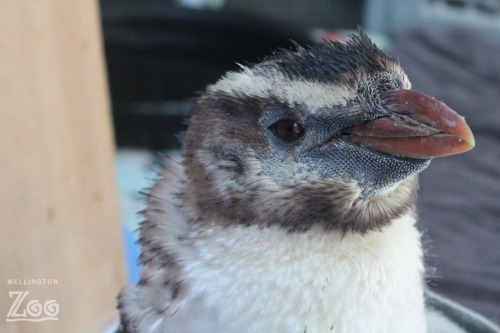 Gari’s situation is rare and, even though she is an endangered Tawaki, she can’t be returned to the wild, so we still wanted to give her another chance at a good life. We worked with the Department of Conservation, the West Coast Penguin Trust and the local Iwi, Ngāi Tahu and Te Rūnanga o Makaawhio, as to where she would live permanently, as there is no facility to keep her here in New Zealand.

The only place in the world where Fiordland Crested Penguins are looked after permanently in human care is at Taronga Zoo, Australia.

We know Gari will be in great hands with the animal care team at Taronga Zoo. They have a lot of knowledge about looking after this species of penguin, and the zoo currently has two other rescued Tawaki at their facility to keep Gari company.

Gari waking up from a health check - taken Feb 2015

The Zoo will be holding a blessing and farewell ceremony in Gari’s honour on the 15th of May, where we will be joined by the Australian High Commissioner, His Excellency Peter Woollcott and his wife Tanya, as well as Inger Perkins from the West Coast Penguin Trust.

During the farewell, the Zoo will be signing a Memorandum of Understanding (MOU) with the West Coast Penguin Trust and they will officially become a conservation partner of Wellington Zoo.

“Working with organisations like the West Coast Penguin Trust to help save native wildlife is a crucial part of the work we do at The Nest Te Kōhanga,” said Karen Fifield MNZM, Chief Executive.

“Combining our efforts and expertise is essential to the ongoing conservation efforts of nationally endangered species, like the Tawaki. With this agreement, Wellington Zoo and the West Coast Penguin Trust can continue their great work in rehabilitating and releasing penguins back to the wild.”

While Gari has been receiving treatment at the Zoo, she has gained quite a few admirers, including the Australian High Commissioner, His Excellency Peter Woolcott and his wife Mrs Tanya Woolcott, who had a great deal to do with arranging Gari’s transfer. 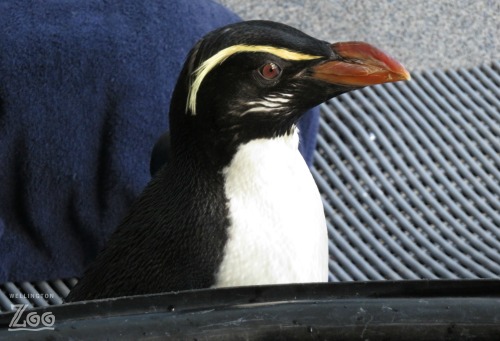 “Gari has quite the personality and won the hearts of Peter and Tanya when they visited the Zoo,” said Karen. “Peter and Tanya put in a good word for Gari with the Australian Consulate, which contributed greatly when finalising her relocation to Taronga Zoo.”

“We would like to thank the Department of Conservation, the West Coast Penguin Trust, the Australian High Commissioner, Taronga Zoo, the local Iwi, Ngāi Tahu and Te Rūnanga o Makaawhio for all playing an instrumental role in relocating Gari to Australia. Gari is such a special bird, who we will greatly miss, but we are very excited for her as she begins her new chapter with Taronga Zoo.” 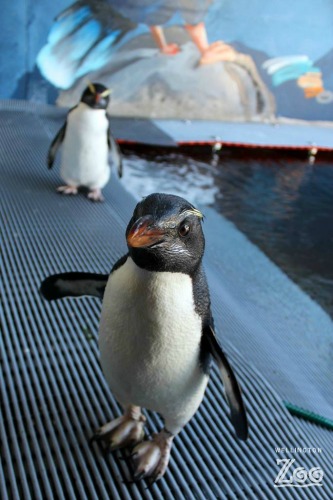 Amy Signs off from Free the Bears