Christmas came early for the Zoo, as a Red Panda cub was born on Sunday morning to first-time parents, Khusi and Sundar. The odds of a successful Red Panda conception are low as female Red Pandas are only in season one day a year, so the window of opportunity for them to get pregnant is incredibly small. 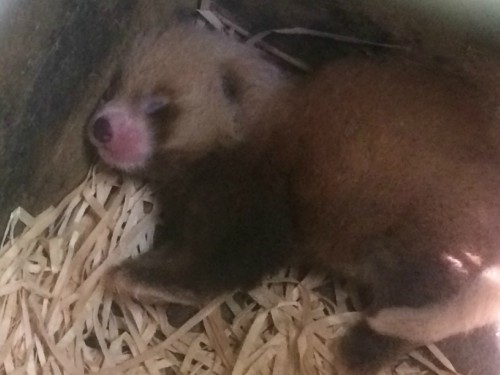 Zoo visitors will see the newest arrival in the New Year as the cub will spend its first few months inside a nest box with its mother, Khusi.

Both mum and cub are doing well so far, and Zoo staff will be keeping their distance from Khusi and the cub, limiting contact time to simple daily checks and monitoring to allow them to bond. This also means the cub’s gender will not be known for a while. 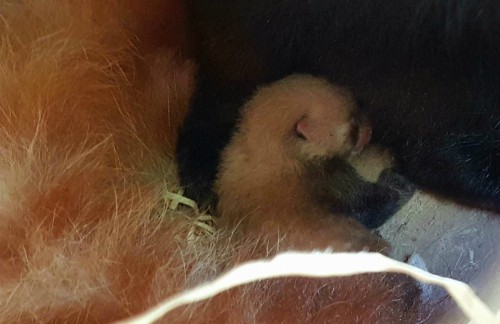 Khusi and Sundar are a new breeding pair, and it is exciting that they have successfully bred after joining the international conservation breeding programme in 2015 for this endangered species. The last Red Panda cub born at the Zoo was on Christmas Eve in 2009, so the birth of a Red Panda cub is a fantastic achievement. 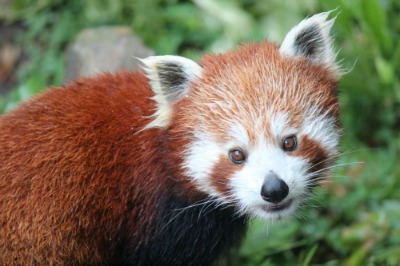 Sundar - father of the newborn cub

Sundar arrived at the Zoo from Auckland Zoo in November, 2015 to be a mate for Khusi, who arrived in 2015 from Hamilton Zoo. We had been hopeful for a successful breeding season this year, but it can be challenging to tell if a female Red Panda is pregnant as they can delay implantation of a fertilised egg. We had our suspicions that Khusi was pregnant, so there was a lot of excitement over the weekend when we discovered she had given birth in her nest box!

It’s still early days for the five day old cub, but so far Khusi is doing a great job at caring for her baby and we will do everything we can to ensure the cub’s survival; and we are remaining hands off.

The cub probably won’t be seen for at least a couple of months, and we’ll let people know when the cub is out and about. Visitors to the Zoo will still be able to see our male Red Pandas Sundar and Manasa. Once we know the gender of the cub, we’ll be asking our conservation partners at the Red Panda Network to help us choose an appropriate Nepalese name for this precious animal. 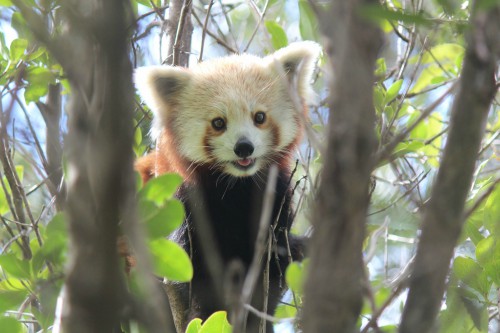 Khusi - mother of the cub

The Zoo supports Red Panda Network, a conservation organisation in Nepal that saves the endangered Red Panda and preserves their habitat. Through the Wellington Zoo Conservation Fund, the Zoo contributes to their Forest Guardian Programme which employs local people who organise awareness building workshops within their villages and schools to promote habitat protection. They also undertake Red Panda population and habitat monitoring which supports the Red Panda Network’s research.

Red Pandas make their homes in the mountains of Nepal, northern Myanmar (Burma) and central China, and the destruction of these wild habitats is the biggest threat to their survival.

You can help protect their native habitats by purchasing sustainable timber and paper products marked with the FSC (Forestry Stewardship Council) logo.

The gestation period (pregnancy) for Red Pandas can vary between 112 to 150 days and females only start to gain weight towards the end of the pregnancy.