The Zoo is home to several adult and juvenile Tuatara, and last week Keepers assessed their overall condition and growth since their last check-up. Everything is looking good! 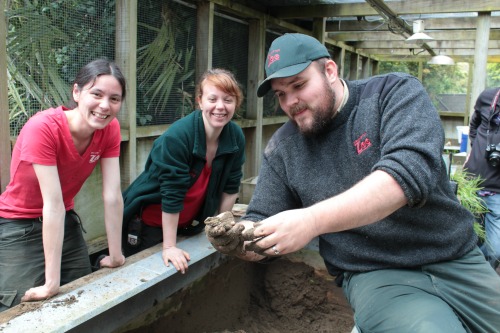 Our Keepers physically check our Tuatara at the beginning and end of their growing season which starts in April, and finishes around November when the weather starts to get warmer. To minimise the disturbance to our Tuatara, we measure and weigh each of them just twice a year.

Tuatara don't eat very often, so during summer we feed them mealworms, locusts and crickets twice a week and only once a week over winter. Tuatara also have one of the slowest growth rates of any reptile and can continue to grow until they're at least 60 years old. Tuatahi is our oldest Tuatara at the Zoo – he’s 50 years old but we believe they can live past 100! 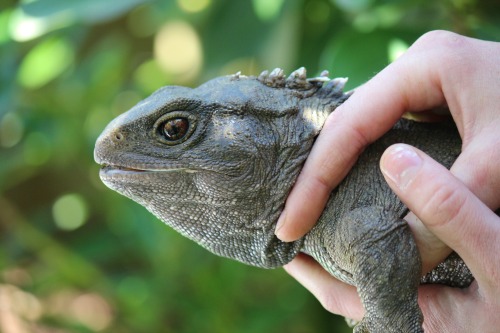 Tuatahi, our oldest Tuatara at the Zoo

Some of our Tuatara are trained as contact animals so you may be lucky to meet Ataahua or Omaka around the Zoo, otherwise you can spot Stonehenge or Pounamu at Twilight Te Ao Māhina, our nocturnal house.

Climate change is a big threat to Tuatara. Like other reptiles, Tuatara lay their eggs in the ground and the gender of their offspring is determined by the temperature the eggs are incubated at. A rise in the earth's temperature could mean that Tuatara only produce male young.

What can you do?

You can make a difference at home by switching to energy efficient lightbulbs such as LED lights. By reducing your carbon footprint, you can help Tuatara and other reptile species in the wild.

The Zoo is part of an important breeding programme that is helping to increase Tuatara numbers in the country. Our youngest Tuatara clutch hatched out four years ago, however in the reptile world, they're still considered as babies.

Back in 2007 we worked with the Department of Conservation to release 55 Tuatara onto Long Island in the Marlborough Sounds. The eggs were hatched at Victoria University, then for the next five years were under the expert care of the team here at the Zoo, who raised the hatchlings until they were big enough to fend for themselves. They are now breeding, and will one day live all over Long Island.

Learn more about our Tuatara 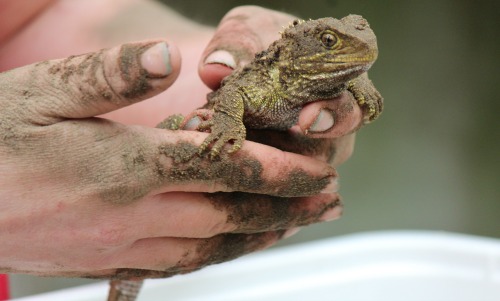 Juvenile Tuatara at the Zoo 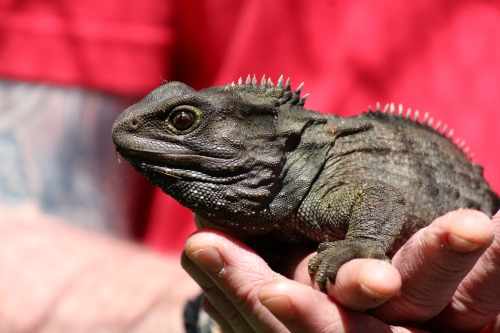 Check out those spines! Tuatara means ‘spiny back’ in Maori

Lambs out and about in Meet the Locals He Tuku Aroha