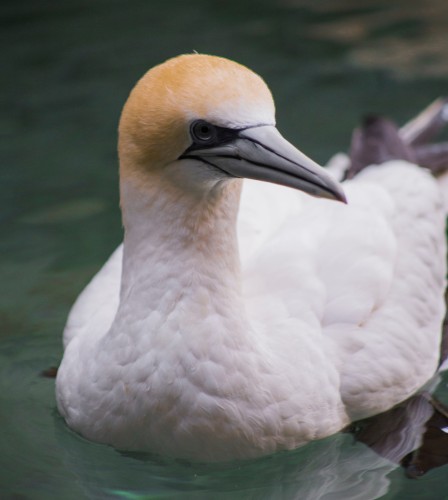 Tākapu in the salt water pool, by Joel Knight

Originally found around Paremata Harbour, this Tākapu was brought to us on the 3rd of September by a member of the community who was concerned for his health.

When the bird first arrived in our care, he was severely underweight and dehydrated. The Tākapu has been treated for worms and lice, and fortunately he hasn't sustained any injuries. Our Vet Team are now letting the bird recover, and we are giving him plenty of food, fluids and giving him time to regain fitness and feather waterproofing in the salt water pool.

When he first arrived at The Nest Te Kōhanga, the Tākapu weighed only 1.6kg, and we're hoping to get him to 2.3kg before he can be released back to the wild. During his last weigh in, the bird was weighing 2.2kg, so not far to go now!

Once the bird is fully water proofed and at a healthy weight, our Vet team will release this beautiful Tākapu back to the wild at Paremata harbour in Porirua.

Every year we treat hundreds of sick and injured native wildlife at The Nest Te Kōhanga; which is our biggest contribution to saving animals in the wild. Every visit to the Zoo supports conservation and our mission to save wildlife and wild places. 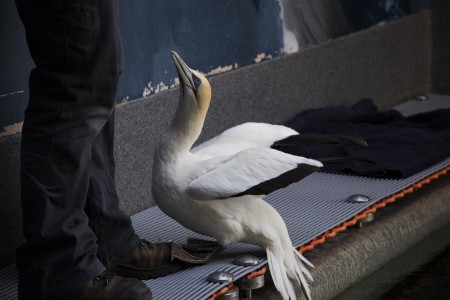 A hungry Tākapu waiting to be fed! Photo by Joel Knight