Over the weekend we invited Councillor, Dr Jenny Condie from Wellington City Council and her seven-year-old son, Casimir to have a sneak peek of our new Minibeasts Behind the Scenes experience.

In his own words, check out Casimir's review of our newest experience below! 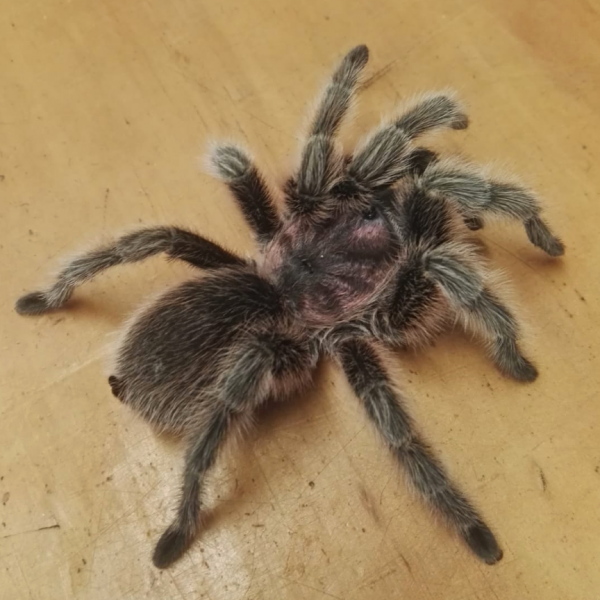 We met Dave outside Hero HQ. We took our coats off because it was a bit hot inside. The animals like it that way. We had to go through an airlock door to keep the animals from going outside. It was not very big, quite squeezy, I was squished between my mum and the mirror. There was a mat on the floor. It was sticky to keep our feet clean when we go inside.

Inside the room it was a bit humid. I could see a heating and ventilation system on the ceiling. It was an eight sided room. It was kind of a weird shape.You arrive in the room and a tank is in front of you. Around the room you can see some other tanks. Seeing all the tanks made me feel excited. I was a little nervous, because of the tarantulas, because my mum got bitten by one in Animal Crossing (that's a video game). 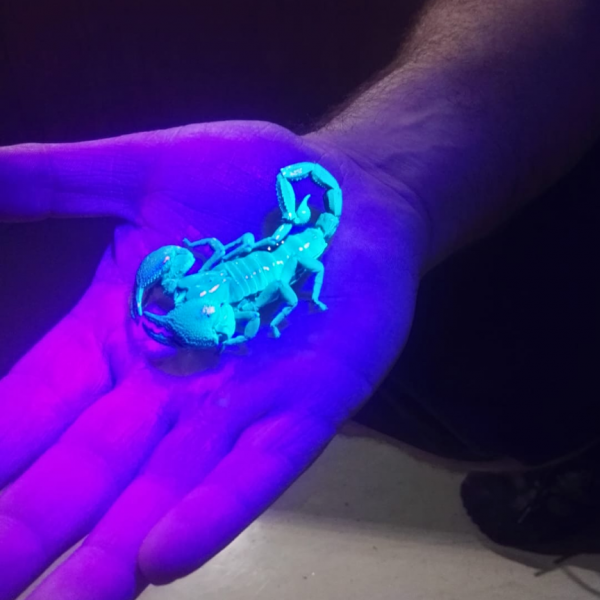 When we first got to see the emperor scorpion Nesbitt I got a little freaked out but when Dave told me that I was going to be perfectly safe I came up close and I was AMAZED. I was amazed by the fluorescent colour under dark light. Nesbitt is venomous but not poisonous. The difference between venomous or poisonous is that if it bites you and you get very sick or die that's venomous, but if you eat it and get very sick or die that's poisonous.

We next saw the African Giant Millipede. Millipede means thousand feet, but it doesn't have a thousand legs, it actually had about three hundred legs. I was about arm's reach away from it, which is about half a metre. It was black and super long. Well not super long, but you get what I mean. It is poisonous but not venomous. 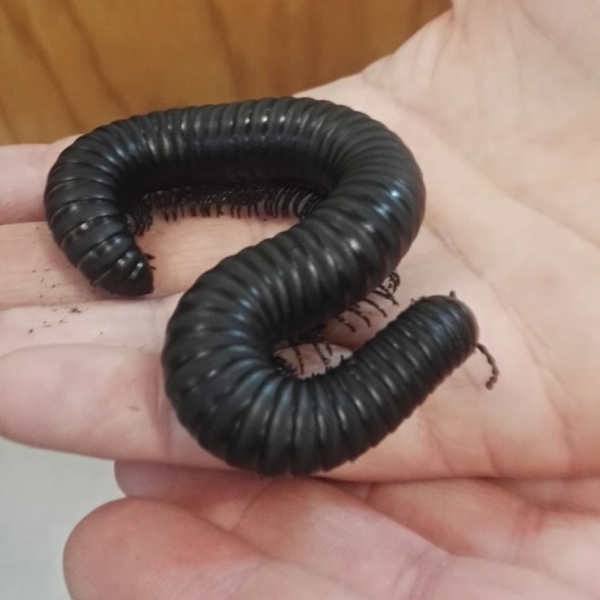 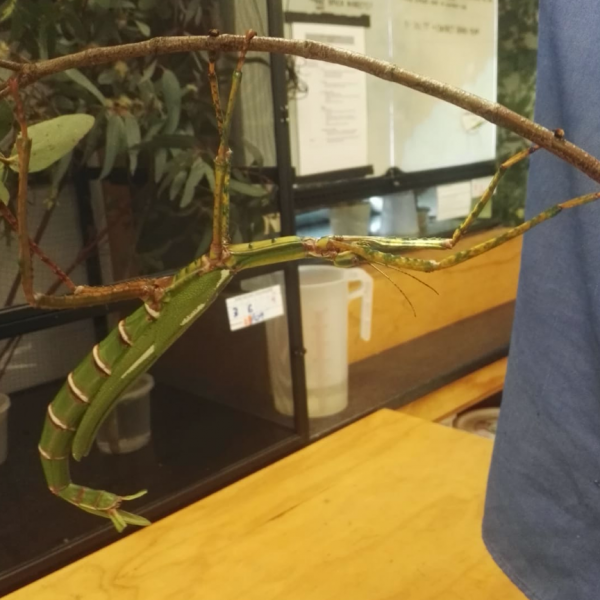 Next was the tarantula. Dave said we would all be gathering around a table in front of the stick insect cage. Dave got out a tarantula called Rosie. Rosie is a Chilean Rose Tarantula. Dave bought Rosie over held in his cupped hands, like you were trying to drink from your hands. I felt a little bit nervous but then I felt intrigued. It was amazing, I felt like I was living a miracle. Then Dave put Rosie down on the table. There was one rule, we couldn't breathe on Rosie because of her fluffy hairs. Her fur are actually her senses, she uses them to feel and sense the world. She would be scared just like I was. But not anymore, I was amazed by the spider world.

We also got to see an adult Goliath Tarantula, but not fully grown, about the size of an adult's hand. Dave lifted up the hole leading to the burrow. We didn't actually get to pet it but it was AmAzing. 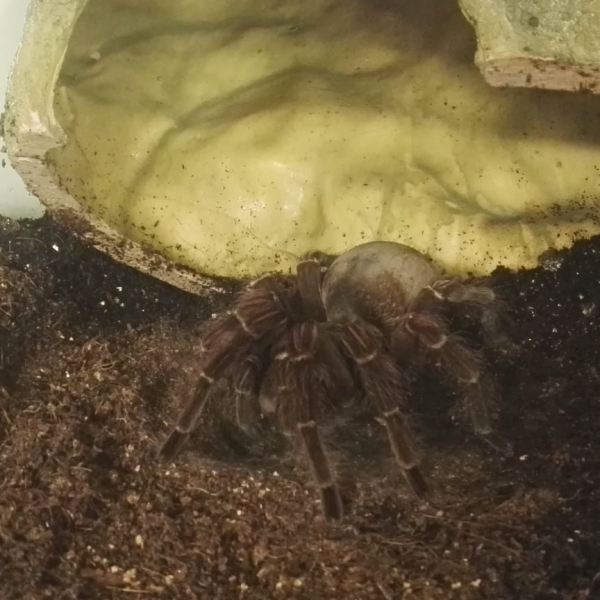 I really liked it. The best bit was definitely the tarantulas. They were fuzzy and cool. I now like tarantulas and I'm not scared of them anymore.

You should take your kids there and do it too. You would learn stuff and it would also be fun.

Check out our new Minibeasts Behind the Scenes experience and book today.

Wellington Zoo’s most eligible bachelor is looking for love