Bronx the Golden Lion Tamarin has touched down at Wellington Zoo to join the international conservation breeding programme for these precious primates. 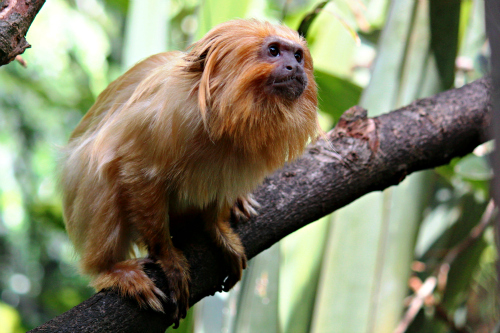 Bronx, named after his original home at New York’s Bronx Zoo, has arrived in the capital after a stint at Auckland Zoo.

He has joined Clementine, our female Golden Lion Tamarin, with the hopes that the two will be able to contribute to the international conservation breeding programme for these endangered primates. After being introduced to each other over the last two weeks, they're now settling into their home together in the Mini Monkey habitat.

Come and visit Bronx and Clementine when you're next at the Zoo, and learn all about these beautiful and charismatic monkeys and how we're helping them in the wild.

Sam the Chimpanzee passes away