Our General Manager Animal Care and Science, Mauritz Basson, is working with Cheetah Outreach near the South Africa/Botswana border to plan a census to get a better understanding of the Cheetah population in that area. Mauritz will be talking to local farmers about their attitudes to Cheetah, conservation and the potential use of the Anatolian guard dogs. 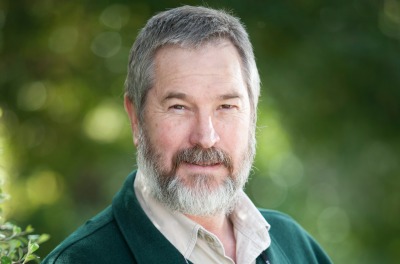 After arriving at the Cheetah Outreach head office 70kms east of Cape Town, I got my Colt bakkie (Ute) and headed off northwest. About nine hours later I arrived in a smallish town called Springbok. Next morning crack of dawn more northwest driving thorough Upington then due north to Botswana border; then west from a very small town, Askham. I arrived about 3pm in Van Zylsrus in sweltering heat! People supremely friendly and keen to help.

I had a chat with the Hotel manager and owner about what I am supposed to be doing. They looked at me like I had two or three heads. “You not going to get these farmers during the day their farms are huge and they are out on it working”. That made me think, as all of the farms I had passed had huge locked gates out the front, for security reasons, so I couldn’t just go and knock on the farmers doors.

The next day I received the questions to ask the farmers. The hotel people gave me the name and number of the head of the Farmer’s Union in the Van Zylsrus region. I made contact with him and explained my business. He was silent, and thought I was a bit mad, but then said there was good news. The Farmer’s Union were having their year-end do in town on Wednesday with farmers from around a 100km radius around Van Zylsrus. He said he would address the farmers and he will talk about the work I am doing. 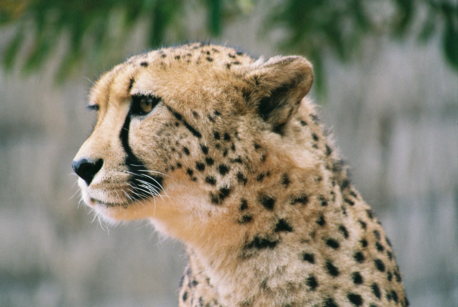 One of the Cheetahs at Wellington Zoo

Now it was a race against time - I had to translate the questions from English to Afrikaans and then off to the municipal office to have 100 copies printed. I was hopeful that I would get lots of forms filled out. The poor chap behind the counter’s eyes almost popped out his head when said I need 100 copies printed back to of both pages!!

Dressed in my Wellington Zoo uniform with my stack of forms I walked to the Farmers hall, paid my R100.00 registration fees and they let me place my forms on each chair.

The farmers were very suspicious about me and were convinced I was an undercover operative from the department of conservation  - who they do not hold in high regard.

I was introduced to all and Alwyn, the head of the union, gave a good explanation and asked them to please fill out the forms and talk to me. Lots of talking from a chap, keen and happy to help who said ‘ bugger these carnivores I just poison them all!’

Based on talking to a large number of farmers at the forum, the consensus was that there are not many Cheetah in this area at present. 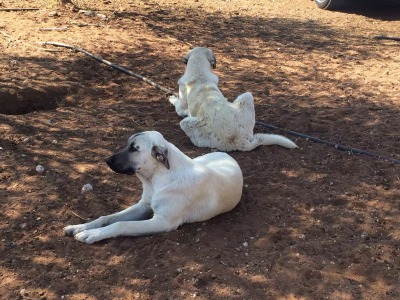 Anatolian Shepard Dogs are used to protect livestock from Cheetah

I’ve also discovered the hotel where I am staying is the only (human) watering hole in a 100km radius, so I have been harassing farmers as they come in for a cold beer and ask them about Cheetah.

Still getting forms in as the only watering hole in 100km radius is the Van Zylsrus Hotel!! So I have harassed every farmer that has come here.

I am still driving daily to see if I can get to meet some farmers with not much joy. Got a couple of days left and have farm visits lined that might open a few more gates.