Thanks to the Wellington Zoo Conservation Fund, Health and Safety Advisor Lynne is spending three weeks working in Malaysia assisting Wellington Zoo’s conservation partner, TRAFFIC, the wildlife trade monitoring network. Lynne is working with Zoo Educator Claudia on updating TRAFFIC's educational resources as well as assisting with some of the volunteer training manuals. 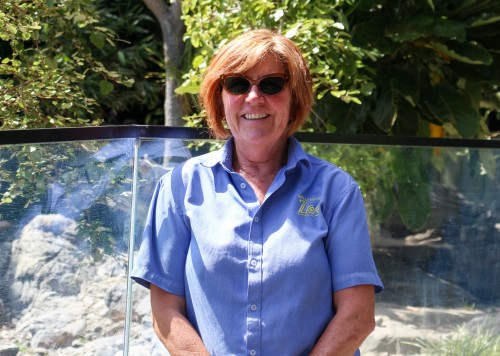 Now into our third week in Malaysia, the outside temperature is hot and sticky ranging from 38 during the day and down to 26 at night. Temperatures that us Kiwis are just not used to! The heat reflects off the pavements making the warmth all encompassing.

Kuala Lumpur is such a melting pot of cultures and religions all meshed together to make a vibrant, colourful city. People here are very friendly and it is no problem for them to go out of their way to make us feel very welcome in their city. Predominantly Muslim, the landscape is made up of many beautiful mosque rooflines with elaborate domes. Living close to a mosque, we are woken every morning at 6am to the call for prayer which has become such a peaceful way to be woken.

The team here at TRAFFIC are also a vast collection of cultures and languages all melding together for the same cause. They are all so dedicated in their roles and extremely knowledgeable and willing to share information with us.

I have been lucky enough to be assisting the data and analysis team during my time here in Kuala Lumpur. This is a big part of sourcing information about both small time traders, whom trade in huge amount of, not only live animals for the pet trade, but also animal parts for adornment and prestige. Traditional Chinese medicine also plays a large part in the consumption of animal parts. 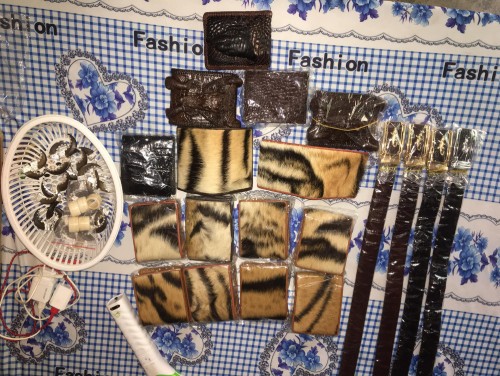 These items are believed to be tiger and crocodile skins

The main platform which is monitored to find animal traders is social media platforms. Typically a trader would advertise their wares; cryptic messages are sent between buyers and sellers using some key words. Recently it has been found that emojis are now the language of choice for traders. These people are a part of online groups who all trade in similar products and while trolling through profiles we can often find other traders commenting on the products. Lack of scruples of these people is very evident. The biggest hurdle has been the language barrier as the translate function on social media platforms can often skew information. Traders often have signatures once they have established themselves as a trader, this is often a ring or a piece of jewellery which appears in all their photos. 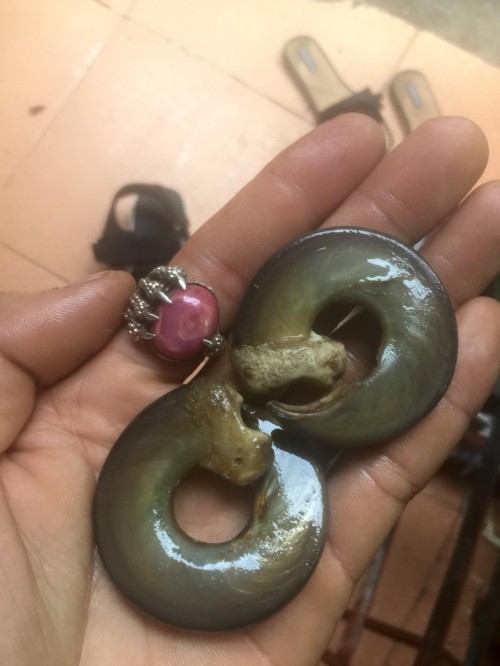 The most intriguing products which I found being traded were believed to be woolly mammoth tusks. A little background: Siberia’s Yakutia region sits on a foundation of permafrost – permanently frozen soil which lies a few feet below the surface. It’s a dangerous, illegal, and taxing job, but with mammoth tusks selling at around $35k a piece to eager Chinese buyers, it’s a worthwhile risk to men coming from cities where the average monthly wage is under $500. Melting permafrost from global warming has made it easier for locals to retrieve the remains of woolly mammoths, which have been extinct for thousands of years, and sell them on to China, where the ivory is fashioned into jewellery, trinkets, knives, and other decorations. 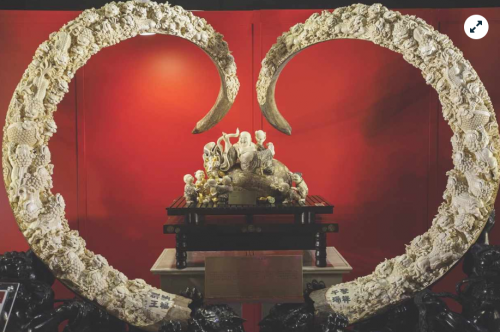 These are claimed to be Mammoth Tusks

In New Zealand we are extremely lucky to be removed from the prolific illegal trading of animals and plants, however understanding how poachers, traffickers and organised criminals operate is the only way we can hope to disrupt extremely complicated wildlife smuggling networks. Collaboratively with organisations like Wellington Zoo and TRAFFIC, we can educate travellers and local communities to recognise which species are in crisis, thereby increasing the risks and reducing the rewards associated with wildlife trafficking and reducing the criminal motivation.

Our time in Malaysia working with South East Asian office of TRAFFIC we have been privileged enough to see and be part of the extraordinary work that is being done to help combat the illegal trade of animals in this part of the world.  This of course, would not have been possible if it weren’t for the continuing support of Wellington Zoo's Conservation Fund which without our work would not be possible. In the next few days we will be homeward bound and am looking forward to sharing our experiences and letting people know how we help with this amazing organisation.