Lanky the Pelican was the only Pelican in New Zealand and has been the longest living resident at Wellington Zoo, after arriving in 1978. However, he was euthanised after his health recently deteriorated. 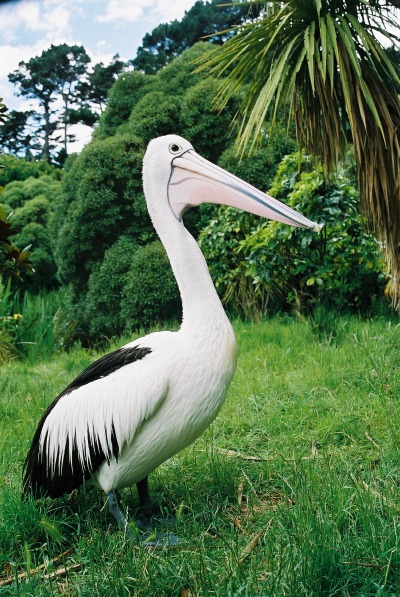 Our Zoo Keepers and Veterinary Team have been monitoring Lanky’s health closely over the last few years, after he began to show lameness in one leg. Lanky had regular medical examinations and we were able to manage the arthritis in his ankles with pain relief and anti-inflammatories, but his lameness increased over recent months.

Our team took close observations over the last month which showed that he was hesitant to bear weight on his legs, and he was beginning to refuse food and medication. The welfare of our animals is our number one priority, and the observations showed we were no longer able to sustain his quality of life, so the decision to euthanise Lanky was made in his best interests.

All of us here at the Zoo are sad to see Lanky go, as he has been a real character and much loved by everyone who has cared for him over the last decades.

Lanky has been an iconic animal at Wellington Zoo for almost 40 years – making him one of the oldest residents at the Zoo – after arriving from Adelaide Zoo. Rescued with three other young wild-born Pelican from drought in Adelaide, Lanky was hand-reared with the group at Adelaide Zoo before making the move across the ditch to Wellington Zoo.

With his remarkably large beak, Lanky was a marvel to many visitors who were able to see him up close as he would preen his feathers.

“So many of our visitors have told us about their fondness for Lanky, and it’s been amazing to see them connect with this very special bird,” shared Senior Keeper Phil Wisker, who has cared for Lanky for nine years.

Living near Monkey Island, the Pelican could often be seen swimming in the moat and was often a feature of the Zoo’s daily animal talks.

“Lanky’s favourite food was Kahawai, and he consumed a kilo of fish every day,” said Wisker. “However, he was definitely seen from time to time sneaking food off his neighbours, the Capuchin Monkeys and Spider Monkeys, who may not have appreciated his behaviour.”