Kia ora I'm Kaitlyn Manu and I am one of the Zoo Keepers here at Wellington Zoo. Every year Zoo staff have the opportunity to take an extra week of paid leave to give back to a conservation organisation of their choosing.

I have had the pleasure of spending two days of conservation leave with Conservation Volunteers New Zealand (CVNZ). 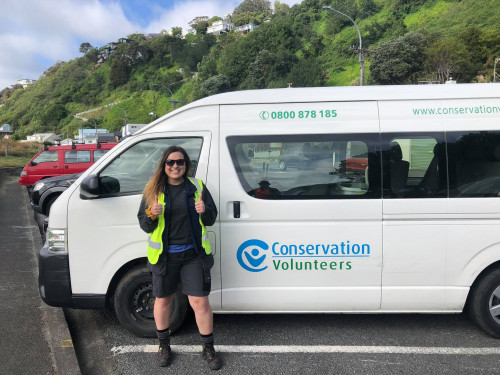 CVNZ work in partnership with the community and with all levels of government, non-governmental organisations and many of New Zealand’s top businesses to tackle a diverse range of conservation projects across New Zealand. I chose to support local projects being run within Wellington City, with the first project being the Key Native Ecosystems project on Tuesday 17th November.

As quoted by the Greater Wellington Regional Council, The Key Native Ecosystem Programme is how we can ensure we have a full range of naturally occurring habitats that are healthy and functioning and supporting diverse native plants and animals. The CVNZ team were working at the coastal dunes in Worser Bay/Seatoun on this day and were guided by a Department of Conservation ranger regarding what work needed to be done in this area. 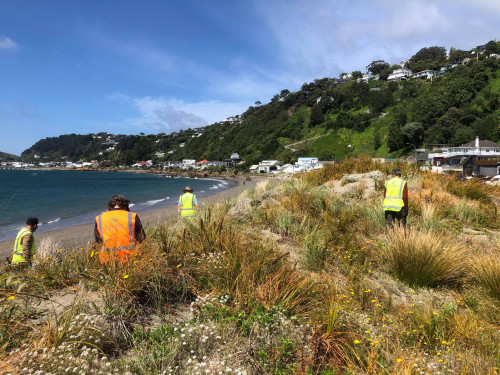 Coastal dunes are home to a diversity of native animals. Lizard species include the Common gecko and three species of skink: the Common skink; the Spotted skink; and the Copper skink. The Katipō spider was once widespread in coastal dunes along the Wellington coastline but is now a nationally threatened species. 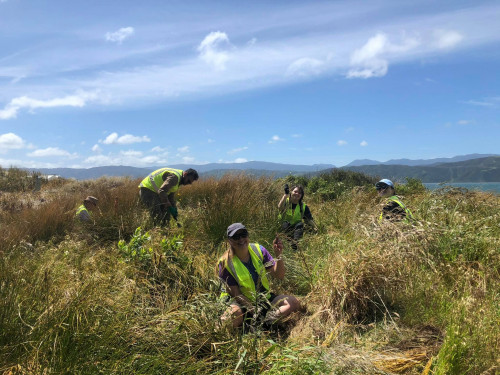 Dunelands close to settlements are vulnerable to colonisation by invasive weeds which de-stabilise the sand and displace native species such as pingao and spinifex/kawhangatara. Our day was spent removing these weeds, including osteospermum, fleabanes, wild radish/turnip, broomrape, fennel and climbing doc. We also had a great ocean view for the day and had the pleasure of watching many happy dogs being walked responsibly on leashes down on the beach front. 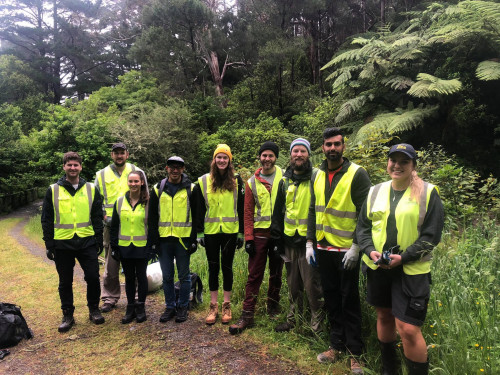 Group shot with the other volunteers

On Tuesday 8th September, I joined the CVNZ group again, this time it was in collaboration with Mountains to Sea where we were able to assist on their Te Awa Kaiwharawhara project. This project is working on the restoration of fish passageway throughout the Kaiwharawhara catchment, so migratory galaxiids (our whitebait species!) can swim upstream to find good habitat to live in as adults. The Karori Cemetery section of the stream was one area where fish passageway was blocked by a large perched culvert but has recently been fixed with ropes that eels and galaxiids can climb. Mountains to Sea have already done extensive work within this area, including working with local schools and community groups to restore the riverbank with native trees and plants. Most of these trees were planted 2 years ago, and include species such as kawakawa, lemonwood and wine berry. To ensure the area thrives, regular weed maintenance needs to occur. 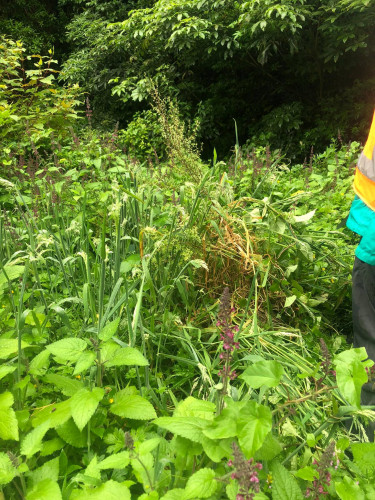 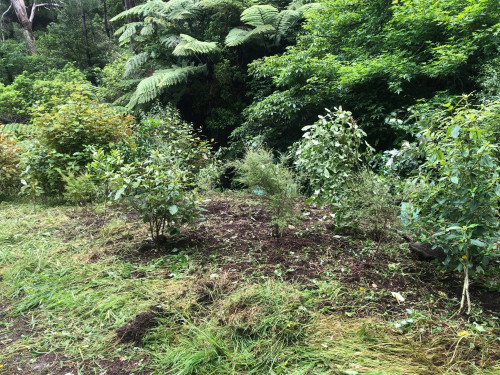 The CVNZ team were focusing on this part of the project, and we spent majority of the day removing weeds while listening to the multiple Kākā flying around above us. One of the weeds of focus was Tradescantia, which is a major problem under trees and in bush reserves. It spreads over the forest floor, covering the ground so that nothing else can grow and is very hard to get rid of. It can also intensify flooding on riverbanks and causes allergic responses in dogs. To ensure we reduced the spread and re-growth of the Tradescantia, we transferred it onto a large tarpaulin within a separate area of the Karori Cemetery site.