The weather in Phalut was miserable and it made it too difficult to spot Red Pandas. For the past four days, we were waking up with frozen boots and no dry socks, so we made the call to move to lower ground. We only managed to squeeze in one day of Red Panda monitoring while we were there. 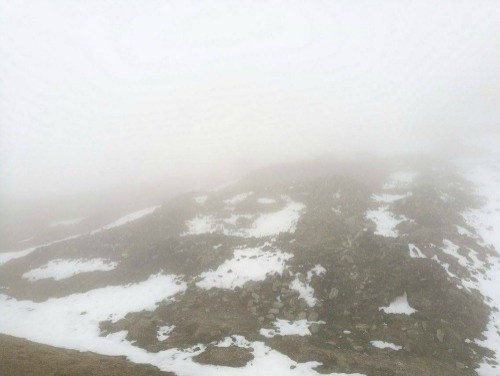 While we were in Phalut, we still managed to spot some fresh footprints and some relatively fresh scat, but most of the time our tracking was spent climbing to find a vantage point above the fog to get our bearings; just to dive back down into more thick fog. It was exhausting, and after two weeks of less than three hours sleep, I was more than happy to move to lower ground.

On the next relatively clear morning we began the trek to Sandakphu, which is only 8 hours away along a trail made by the British army in WW2. India put on a spectacular day for us, and we could see the Himalayas perfectly stretching around us, with both Everest and Kanchenjunga completely uncovered by cloud. 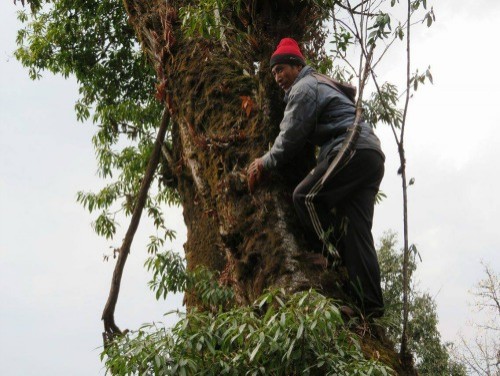 A Forest Guardian climbs a tree in the monitoring block

After one night in Sandakphu we made the move back to Nepal, hiking down into the Pancthar district to meet up with another Forest Guardian. We spent the next day in Red Panda habitat looking for and recording more signs of Red Pandas. It wasn't meant to be a full day, but we got lost… Really lost! After we descended into the valley, more thick fog set in. All the landmarks we had used to orientate ourselves were completely covered. As a result, we spent about three hours hiking up the wrong ridge before the fog lifted enough for us to see just how wrong we were. On the positive side though, we managed to survey habitat that hadn't been surveyed before and the results were pretty encouraging. 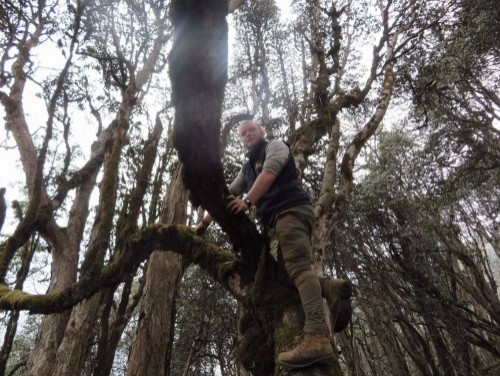 The next day we hiked down to the last field site I was monitoring, which was a small town on the outskirts of Pancthar, called Goruwale Bhanjang. We met up with some Forest Guardians and spent four days monitoring different blocks. Some of the days the weather was amazing, other days we spent more time sheltering from the rain! Overall it was positive, there were plenty of signs of Panda activity; including the freshest faecal we've seen yet. The Forest Guardians taking us around said that only a month ago there was more Panda activity in the area, but apparently most of the Pandas move to lower ground as the weather changes. One of the Forest Guardians were lucky​ enough to see a female with two cubs only two weeks ago, so Red Panda Network have declared this area as one of the most important monitoring sites.

After weeks of climbing trees, pretending I was brave and rummaging through Panda poop, I'm officially at the end of my field work. All that lies ahead now are a couple of long jeep rides to get back to Bhradrapur, before I fly back to Kathmandu. I don't know whether it's exhaustion, or whether I actually have feelings, but I'm pretty sad to see the end of it. Even though this has probably been the toughest thing I've done, and I only saw the one Red Panda in the wild; there's nothing I would have changed about my trip. 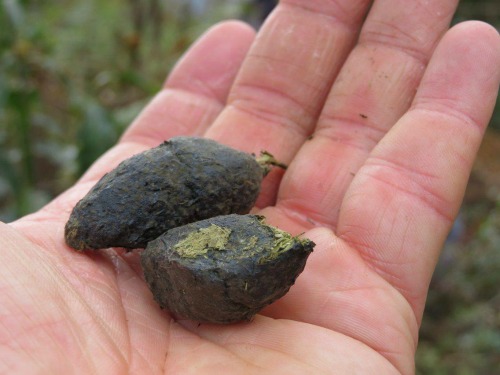 I've learnt so much during my time with Red Panda Network. Seeing first-hand a lot of the threats that Red Pandas are facing in the wild was a huge eye opener. I now understand why there's human and wildlife conflict here, as many communities are so isolated and they need roads for urgent medical care and trade; however Red Panda habitat is being effected by this development.

I think even though the outlook for Red Pandas isn't particularly flash right now, the work that Red Panda Network is doing is the only feasible way to save these animals in their natural environment. Community based conservation has already proved so successful over here, and they've only reached the tip of the iceberg. By the sounds of it, much bigger things are on the way.

Although challenging, I really enjoyed assisting Red Panda Network and the Forest Guardians with their monitoring blocks and seeing a Red Panda in the wild was a big highlight! After seeing the amount of work that the Red Panda Network team put in, and the terrain they have to work in; I have an unbelievable amount of respect for them.

Before I sign off there's a long list of people and organizations I have to thank, because without them this trip would not have been possible. Firstly I'd like to thank Red Panda Network and their staff, Forest Guardians, and community partners for welcoming me and providing me with such an amazing experience. I'd also like to thank Wellington Zoo for not only the opportunity and the funding to do this through the Wellington Zoo Conservation Fund, but also because my passion for conservation started at the Zoo. And last, but certainly not least, I'd love to thank all our Zoo visitors for their love and support. Without you, none of what Wellington Zoo achieves is possible.