With support from the Wellington Zoo Conservation Fund, Keeper Josh Forrest is in Nepal for just under four weeks to work with Red Panda Network, tracking and monitoring Red Pandas in the wild and assisting with their Forest Guardian programme. 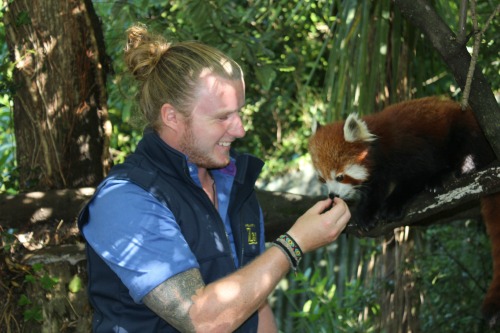 Josh with Sundar the Red Panda at Wellington Zoo

At the moment I'm in Nepal working with one of our newest conservation partners, Red Panda Network. I'm currently in Kafle-pati, in Taplejung, Eastern Nepal. It took us the best part of 4 days to get here, and although I'm absolutely shattered, it's been well worth it.

Kafle-pati is located between a few of the Red Panda Network’s Panda monitoring blocks, but is fast becoming a hot spot for tourists due to the Pathivara temple, and the new road built from Suketar. Previously the only way here was to walk 9 or so hours from Suketar, whereas now it's only a couple of hours to drive.

We decided to walk the trail from Suketar, which I immediately regretted after realising how far it was. Along the way I was able to witness first-hand a lot of the threats that Red Pandas are facing, and unfortunately a lot of the threats benefit the local community in pretty significant ways. For example, the road that we took to get to Kafle-pati has been carved right through Red Panda habitat, further fragmenting their dwindling population; but without the road the journey can easily take five times longer. Considering how isolated a lot of these communities are, the time saved is extremely important when it comes to trade and receiving urgent health care. The road was only constructed around three years ago, but for the most part the locals are pleased with it. However, one of the forest guardians for Red Panda Network, recalls finding 5 dead Red Pandas on the side of the road once it was completed through his village, so despite it being a great asset for the locals, it has caused significant damage to the population of Red Pandas. 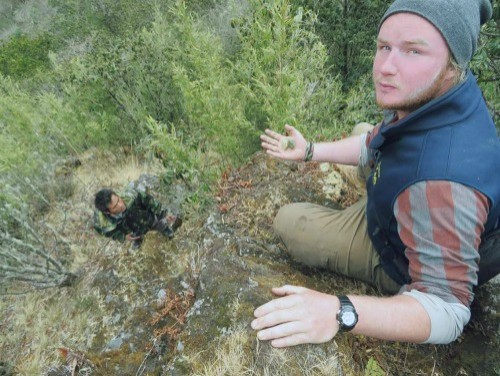 Red Panda Network is working tirelessly to find compromises with the locals and the government in order to protect Red Pandas, because a community first approach is going to be the only way forward, otherwise people's livelihoods are at risk. But moving on from the doom and gloom, we've just finished our second day monitoring Red Pandas in two of the blocks that Red Panda Network has set up. Each block is a kilometre squared, and the forest guardians run 4 transects through each block, stopping every 100m to collect data. The terrain is incredibly tough, climbing near vertical cliffs in places. 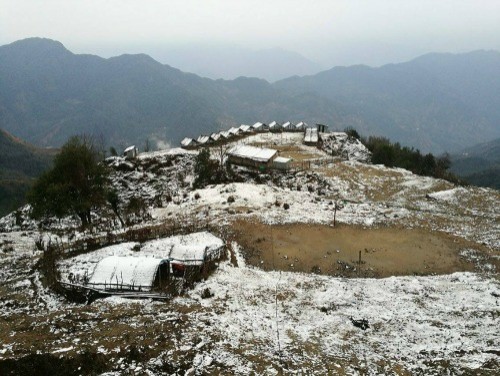 The field site base camp - we surveyed behind the mountains

The first block I was involved in surveying, was down a steep bank behind one of the forest guardian’s homes. One of the employees from Red Panda Network informs me that the huge tree towering above us is an ideal tree for a Red Panda! The forest guardian slips off his gumboots and climbs 20m up the tree in bare feet. He calls out and tosses down some small pellets, and I get way too excited about seeing wild Red Panda poo!

The rest of the block didn’t hold as much success, and as we packed in for the day, a snow storm hits us. We began the hour hike back to our camp, and right on cue we got stuck in a thunderstorm, with lightning touching down all around us. The next morning we get delayed by a couple of hours by more snow, but when we finally get out, we find plenty of signs of Red Panda activity. We found a few patches of scat throughout one of the blocks, and some bamboo high in the trees that could've only been eaten by a Panda. About halfway through the transect we found some fresh Panda poo, only a couple of hours old. It's amazing to see so many signs of Red Pandas in the area, but I'd be lying if I said I wasn't a little bit heartbroken to miss seeing a Red Panda by such a small window. 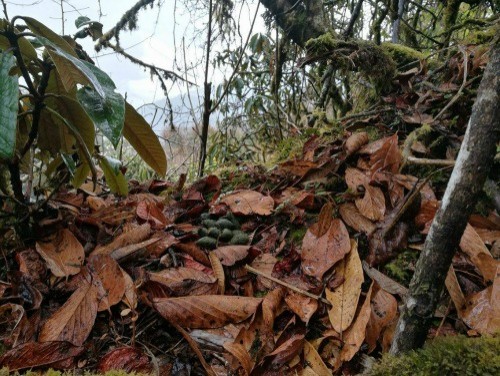 We're off to explore one more block in this region, before hiking for 4 days to meet up with one of Red Panda Network’s Roots and Shoots groups and begin tracking in our next field site.