Every year, Wellington Zoo staff have the opportunity to take a week of leave to volunteer their time giving back to a conservation organisation of their choosing.

Earlier in May, Herbivore Keeper, Jeff, spent a week on Maud Island assisting Victoria University, the Department of Conservation and Otago University with population research on the Maud Island Frog. 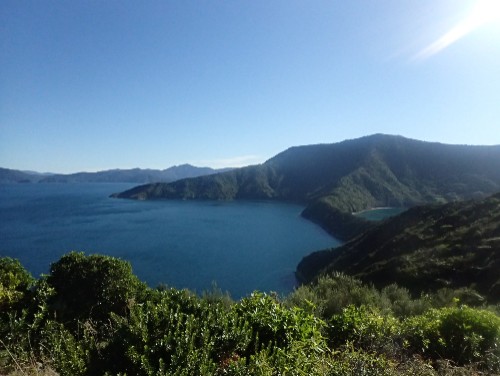 In early May I spent a week of Conservation leave on Maud Island. Maud Island is a predator-free island in the Marlborough Sounds, maintained by two Department of Conservation (DOC) Rangers that live there semi-permanently with their families.

I was involved in a mark/recapture study carried out by Victoria University and DOC in collaboration with Otago University and Wellington Zoo. The objective of this was to obtain an estimate of population density in the area, which could then be used to calculate the overall abundance of Maud Island Frogs (Leiopelma pakeka) on the island. The study also aimed to get an idea of breeding success/recruitment and ages of individuals. 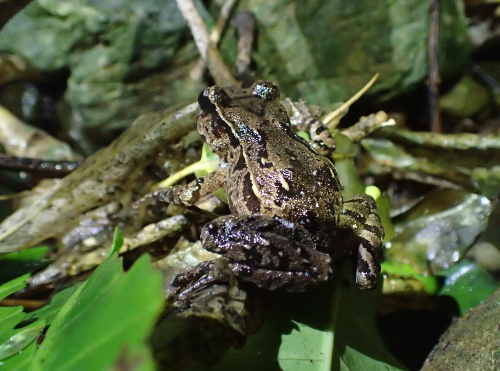 You may not have heard of Maud Island Frogs, but they are one of New Zealand’s largest native frog species. And even then they only grow up to 50mm long – about the same as a house key. Maud Island Frogs are one of our most endangered frogs, with only about 40,000 left in the wild.

Fun Fact: All New Zealand frogs have round eyes and no external eardrums. They’re born almost fully formed, so they don’t go through a tadpole stage. 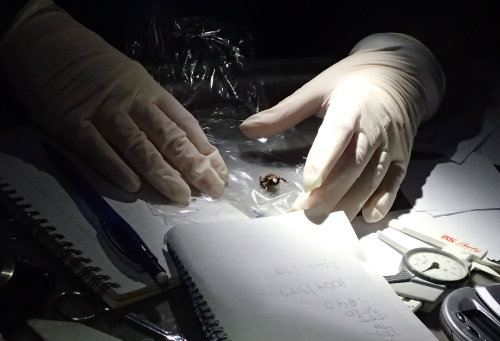 Ben Bell of Victoria University led the annual census study and has been involved for 35 years, and I went along to offer my animal handling, husbandry and scientific knowledge to the study and to reinforce the relationship that Wellington Zoo has with field conservation and the scientific community. The frogs have been translocated to other small islands in the Sounds, but Maud Island has the largest population. This ongoing study will provide valuable information about the population structure of this unique native species, which can be used to inform future translocations of individuals to new areas, improve zoo and wild management, and hopefully maximise success.

We went out each night for five nights between 7pm and 2am to find frogs at 2 different sample sites/grids. Frogs were collected, identified, weighed, measured, condition checked, and then returned to exactly where they were found marked by reflective tags. 237 frogs were caught over the 5 nights, some of those being recaptures. This was a good number of frogs this year and individuals as young as a year or two were found (froglets), indicating successful breeding. Some of the froglets we found were as small as a little fingernail! The largest individuals were approximately 35mm long and were female. The locations that the frogs were found on the grids were recorded too, either that night or the next day depending on the site. 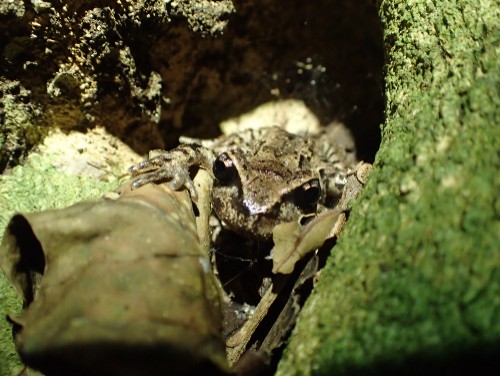 The frogs like mild temperatures and damp conditions, they’re nocturnal, and live in rocky terrain, often going up to a metre underground. They are very cryptic and blend in well with leaf litter and rocks. They are a long-lived frog, with some individuals living into their 40s! 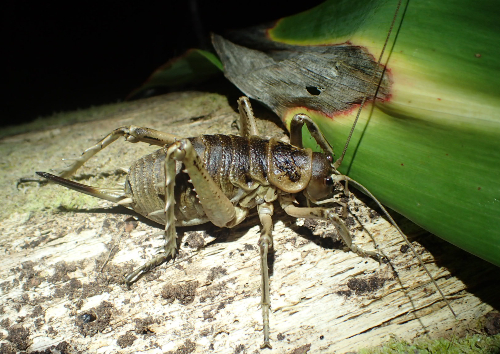 One of the many Wētā we saw

Not much is known about Maud Island Frog reproduction, particularly in regards to behaviour, so setting up observational studies in adequate conditions in a zoo environment would be a chance to gain exciting new information, and very worthwhile to the conservation of this species.

Wellington Zoo is home to a small population of these reclusive frogs; you can check them out in Meet the Locals He Tuku Aroha, our walkthrough New Zealand precinct, next door to the Grand and Otago Skinks. 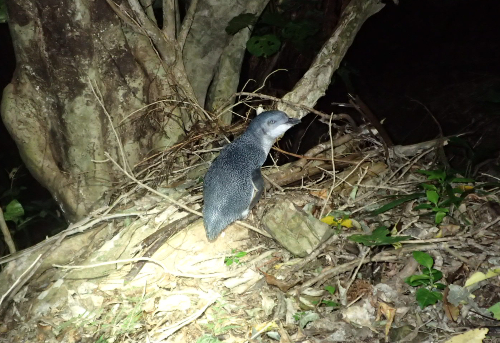 I would like to thank Wellington Zoo and their Conservation Fund for sending me to Maud Island, and also Ben Bell, Victoria University, Otago University, DOC and the rest of my frog monitoring team for facilitating this opportunity to directly contribute to conservation and providing an enjoyable educational experience.

Wellington Zoo leads the way for the planet with carboNZero certification