My name is Dave and I am Wellington Zoo's Team Leader of Reptiles and Invertebrates. In February and March of last year I spent three weeks in the Cayman Islands where I supported the National Trust of Caymans, Blue Iguana Conservation program (formerly the Blue Iguana Recovery Program). 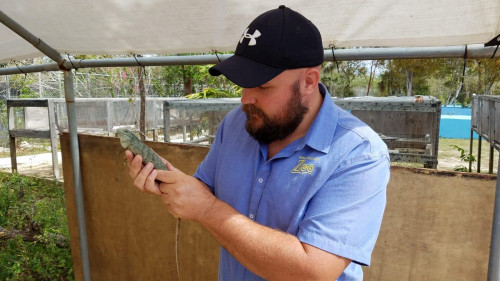 The Grand Cayman Blue Iguana (Cyclura lewisi) is an endangered iguana species endemic to Grand Cayman, and are among the most threatened reptiles on earth. Wild Blue Iguana populations had been decimated by human development, cars, cats, dogs and by the introduction of mammalian pest species, a story which for us living and working in New Zealand is sadly all too familiar.

The Blue iguana was driven to the absolute brink of extinction with its numbers dropping to an estimated 12-24 animals left in the wild and under 150 individuals in the total global population. Blue Iguana Conservation have battled relentlessly for the past 30 years to bring this species back from the brink to where they are today, which is an estimated population of 1300 Grand Cayman Blue Iguanas. 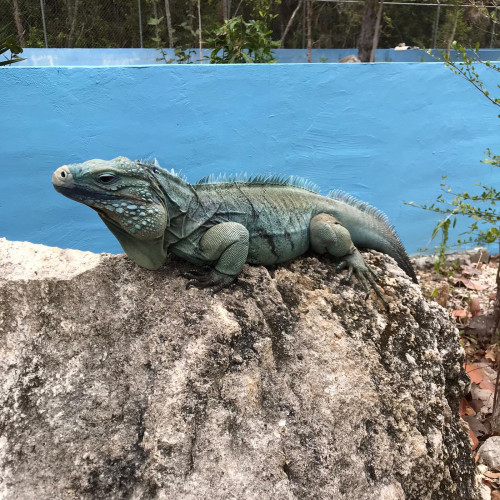 Blue Iguana Conservation has taken a holistic approach to the conservation of these incredible iguanas with the ex situ side of the program working hard to support the in situ in every way possible. Blue Iguana Conservation has a captive breeding facility and this centre is located directly adjacent to the Queen Elizabeth II botanical gardens, which is the only site where the general public are potentially able to see wild Blue Iguanas in their natural, albeit restored habitat.

The primary functions of the captive facility are for the captive breeding of Blue Iguanas and then for the growing on or “head starting” of the young, in order to provide them with the best possible chance of survival once released into one of the two reserves owned by the National Trust. The captive facility is home to over a hundred iguanas at any given time. This number fluctuates seasonally with the breeding season seeing an increase in numbers and as individuals reach appropriate size, the numbers will drop with each release. 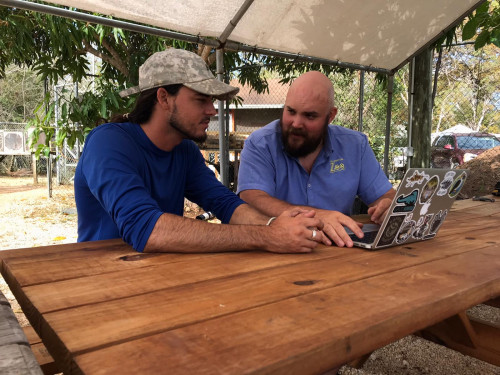 The main focus of my time with Blue Iguana Conservation was to assist with the 2020 Wild Blue iguana population census that was carried out at the Colliers wilderness reserve, however due to a strong experienced team and some good weather, we were able to get this done in record time so we were able to split time between the wild reserves at Colliers and Salina and the captive facility adjacent to the botanical gardens.

The reserves are highly challenging environments to work in, and test both physical and mental endurance. Something that I was told that resonated with me was that “I needed to get comfortable with being uncomfortable”.

The environment in which Blue Iguanas thrive is very hostile to humans, the reserves are filled with toxic plants that will burn and blister any skin they come into contact with, various cactus and succulents that are covered in thorns and spines that you will spend at least an evening removing from your skin.  Then there is Ironshore, the rock that makes up the vast majority of the reserve’s, razor sharp, knife like rock daggers pointing in all directions that shreds anything they come into contact with, be it rubber soles, leather boots, clothing or flesh.

In addition to this, the reserves have very little in the way of shade which means working in extremely hot and dry conditions with very little opportunity for retreat. While working in the reserves, I was drinking four litres of water in the field to combat dehydration and heat stroke, and taking rehydration salts nightly. 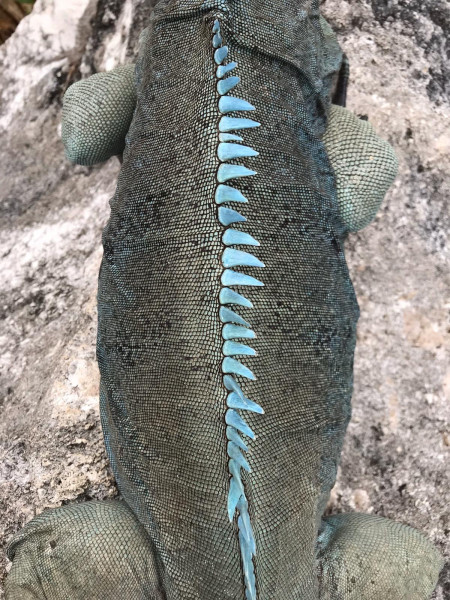 The Colliers wilderness reserve is 190 acres of protected scrubland and xeric forest which encompasses primary Blue Iguana habitat and was the focus of the 2020 Wild Blue Iguana population census. Blue Iguana conservation uses transect based special surveying to estimate the iguana population in each reserve. Each day a two person team would undertake walking eight transects, conditions permitting and recording any iguana sightings. It took five full days of surveying to complete the census and in this time we were able to observe and identify a number of Blue Iguana and excitingly we also observed multiple wild born 2019 hatchlings.

Salina reserve is over 646 acres of primary forest, shrubland, buttonwood wetland and sedge wetland, and much of this is primary and secondary Blue Iguana habitat. During our time in Salina we were setting up for a large scale camera trap study which will be looking into the viability of replacing the spatial surveying technique with the camera trapping method. This project is also the focus of a PHD being carried out by a member of Blue Iguana Conservation staff. 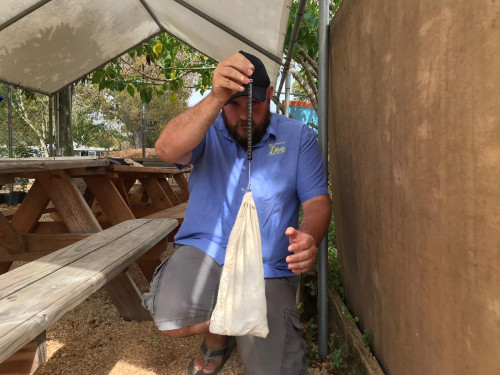 It was highly rewarding to be able to spend some time in the captive breeding facility with the team and invest time into husbandry and information management training and also assist with the implementation of new practices which make the day to day better for both keeper and animal. During my time at the facility I was also able to assist with the daily running and management including taking “Blue Iguana Safaris”. This provided facility members the opportunity to have a day in the field and develop field techniques. 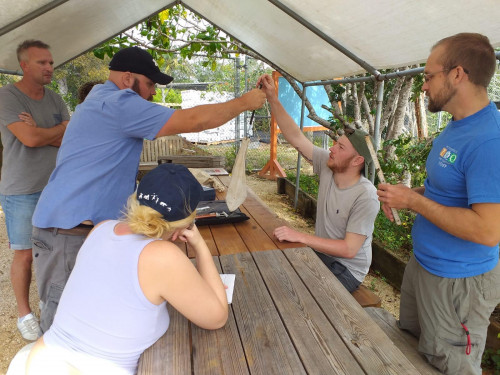 My time on Grand Cayman was incredible and I was both humbled and privileged to have been invited to assist with the front line field conservation for a species I feel so passionate about. I would like to thank the National Trust of Caymans and Blue Iguana Conservation for bringing me out and putting me up during my time on the island, and I would also like to thank Wellington Zoo for their support of my involvement with this program.