I have now spent a week here and have worked at Cheetah Outreach since my arrival.

Cheetah Outreach is heavily volunteer-based, with six permanent paid staff. The amount of volunteers fluctuates depending on the season which can be up to twenty volunteers during the summer months.

The facility is relatively small and houses 14 male Cheetah in habitats, with five coalitions. A coalition is natural for Cheetah males, as they are able to protect a bigger area of territory, and bring down larger prey by working together. Female Cheetah will actually seek out coalitions to breed with multiple males to aid in genetic variation, as cats are induced ovulators. 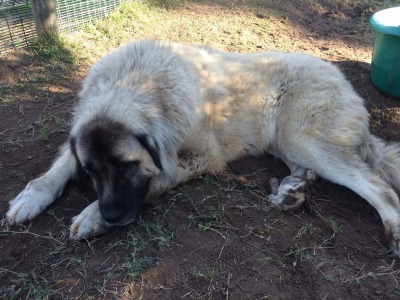 Cheetah Outreach also houses Anatolian guard dogs, Bat Eared Foxes, Jackals, two Meerkats, Servals, a Caracal and Leopard Tortoises - all being hand reared ambassador animals. Like Wellington Zoo, their role as an ambassador animal helps to raise awareness about Cheetahs’ plight in Africa through encounters. They play a large role in advocacy for their wild relatives.

The encounters aren't scheduled during the day so it's first-in, first-served. The winter months are a lot quieter for encounters at Cheetah Outreach. Sometimes in the summer months, there can be three hundred people coming to see the Cheetah.

Not every Cheetah gets contact from handlers or visitors every day - they do rotate habitats sometimes but not every handler can handle every cat, so this affects which cats get used.

The visitors are able to go into the Cheetah’s habitat and spend around ten minutes getting photos with the Cheetah.

I am still learning about the facility and offering my experience. I am looking forward to the Anatolian Guard Dog Project and finding out more.

This experience so far has reaffirmed to me how lucky we are at Wellington Zoo to have the amazing resources we do, constant training and encouragement for further development.